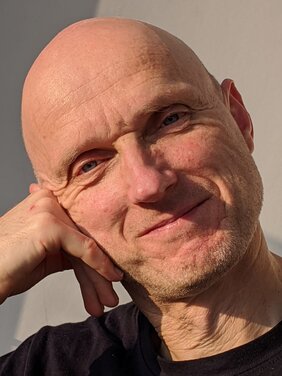 Dr Dehnen has studied the dynamics of elliptical galaxies and later the Milky Way. He discovered the existence of many stellar moving groups in the Solar neighbourhood from Hipparcos data and pioneered their interpretation in terms of the pattern speed of the Milky Way’s bar.

He contributed to and collaborated in many studies about the dynamics of galaxies and also about gas accretion onto supermassive black holes. He also pioneered several now widely used numerical improvements in smoothed particle hydrodynamics (SPH) and N-body methods.

Currently, he works on the dynamical structure of the Milky Way, the capture of inter-stellar objects into the Solar system, the dynamics of nuclear star clusters around SMBHs, and collaborates on several other subjects related to the dynamics of gravitationally dominated systems.

Dr Dehnen has obtained his PhD at the University of Heidelberg in 1994, and after holding postdoc positions at Oxford (UK), Heidelberg (MPIA) and Potsdam (AIP) was appointed lecturer (2003) and then Professor (2006) at the University of Leicester (UK). From 2018-2020 he was visiting Professor at Munich (LMU) and has resigned his position at Leicester to join the ARI, where he is looking forward to fruitful collaborations.