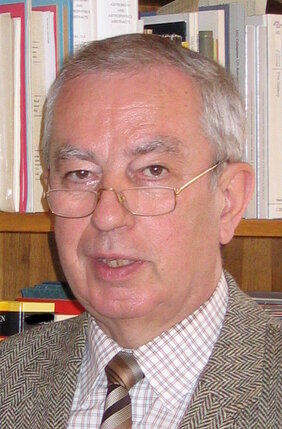 On November 30, a television team from the Japanese television station NHK visited the astronomer Professor Roland Wielen, who lives in Eberbach. NHK is the public broadcaster in Japan, comparable to our german public service television broadcasters ARD/ZDF.

In the recorded interview, two of Wielen's older scientific works were addressed in particular: His publication from 1977 on star orbits in the disk of our Milky Way which showed that the stars are spatially more mixed up than previously assumed. Another work from 1996 concerns the origin of the sun. The sun probably formed almost five billion years ago in an area that is much closer to the galactic center than the area in which the sun is currently moving. The results of this earlier work are closely linked to results provided by the European Space Agency's highly successful Gaia satellite. The interview is slated for use by NHK in an issue of its regular series, "Cosmic Front", which will be dedicated to Gaia.

Prof. Dr. Roland Wielen is a professor emeritus at the University of Heidelberg and worked there for a long time at the Astronomisches Rechen-Institut including almost twenty years as director.