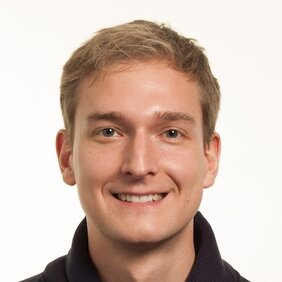 Dr. Fabian Schneider has taken up his new position as Gliese Fellow 2018 at the Astronomisches Rechen-Institut.

Fabian Schneider studied Astrophysics at the University of Bonn and received his MSc in 2011. Also in Bonn he carried out his PhD-studies which he finished in 2014. Subsequently, he took up his first postdoc position at the Argelander Institute for Astronomy at the University of Bonn. In 2015 he moved to Christ Church College in Oxford (UK) and became Hintze Research Fellow at the Department of Physics of the University of Oxford.
In his work, Dr. Schneider studies the evolution and final fates of stars to understand their role in the cosmos and how they transformed the pristine Universe into the one we live in today. His work is mostly of theoretical nature and he makes heavy use of stellar evolution codes, population synthesis models and advanced Bayesian statistical methods.
Fabian Schneider actively participates in large international collaborations (e.g. the VLT-FLAMES Tarantula Survey and the B-fields in OB stars project) where he investigated fundamental questions of stellar evolution. For example, they showed that the evolution of massive stars is dominated by binary stars that exchange mass with their companions or even merge.
He further lead the research that discovered that the gigantic 30 Doradus starburst in the Large Magellanic Cloud contains many more massive stars than expected—a discovery that has far-reaching consequences, in particular for the evolution of galaxies and the reionisation of the Universe.

For information about the Gliese Fellowship Program see HERE.