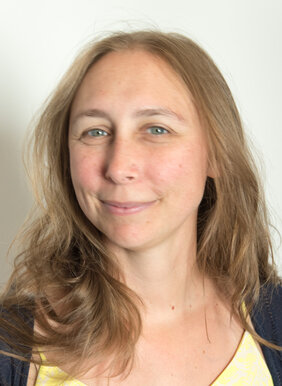 Heidelberg astrophysicist Dr Kathryn Kreckel is receiving an ERC Starting Grant for excellent young researchers from the European Research Council (ERC). The five-year grant will cover a project in which the researcher will investigate the physics of metal enrichment in the Interstellar Medium (ISM). The ERC funding totals approx. 1.5 million euros. Since October 2019, Dr Kreckel is leading an Emmy Noether Group at the Astronomisches Rechen-Institute (ARI) at the Centre for Astronomy of Heidelberg University (ZAH). The ERC project is scheduled to start in October 2023.

The “ISM-METALS” project that has now been funded by the European Research Council will focus on refining our ability to measure chemical elements in the interstellar medium, and use this to further our understanding of galaxy evolution. At the birth of our universe, the Big Bang produced mainly hydrogen and helium. With the life and death of stars, heavier elements (metals) are produced, and enrich the surrounding interstellar medium (ISM) by introducing elements like carbon, oxygen, nitrogen and sulphur. These elements are critical to enable future generations of star formation as they set the heating and cooling balance in star-forming regions, and establish the carbon chemistry that is necessary for life on our planet.  Simultaneously, as these elements are mainly only created over time, measuring their abundance serves as a cosmic clock.  However, long-standing uncertainties plague our ability to measure these metal abundances. Dr Kreckel and her team will use new optical spectra of thousands of star-forming regions in our own Milky Way and Local Group galaxies (SDSS-V/LVM; www.sdss5.org/mappers/local-volume-mapper/) and more distant Local Volume galaxies (PHANGS-MUSE; sites.google.com/view/phangs/home) to develop new techniques and achieve high precision metallicity measurements. This will allow us to accurately judge how metals build up over cosmic time with high redshift JWST spectroscopy, and precisely determine the magnitude of variations due to individual star-forming and gas accretion events, enormously improving our understanding of the relative importance of those mechanisms for galaxy evolution. "This is a great opportunity for expanding our knowledge on the chemical evolution of our own Milky Way Galaxy, and galaxies across the universe,“ Dr. Kreckel comments.

Funding from the ERC Grant expands the work of Dr Kreckels Emmy Noether Group into a new research direction, which already has funding of 1.7 million euros from the German Research Foundation (DFG).

The European Research Council awards the Starting Grant to outstanding young researchers. Funding is awarded based on their scientific excellence and the innovative potential of their research ideas.