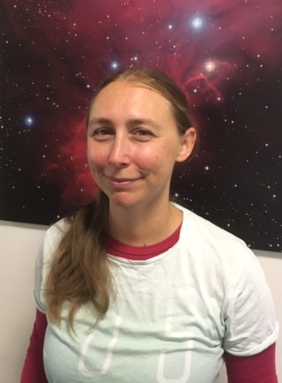 A new Emmy Noether Research Group at the Zentrum für Astronomie der Universität Heidelberg (ZAH) (Centre for Astronomy of Heidelberg University) will start working on resolving the baryon cycle in nearby galaxies on Oct. 1, 2019. The new research team, led by Kathryn Kreckel, will focus on understanding the physics regulating the transformation of gas into stars and eventual ejection and recycling of that material to form the following generation of stars. The German Research Foundation (DFG) has allocated 1.7 million euros to fund the group which will be located at ZAH’s Astronomisches Rechen-Institut (ARI) over a period of six years.

Kathryn Kreckel will exploit a rich collection of optical integral field spectroscopy (IFS) of nearby galaxies to identify and characterize the ionizing sources of the interstellar medium (ISM). "I will connect these small scale physical processes to the large scale evolution of disk galaxies" explains Dr Kreckel who works within the PHANGS collaboration and the SDSS-V/LVM project as major sources for her research plans.

The Emmy Noether Programme gives exceptionally qualified early career researchers the chance to qualify for the post of professor at a university by leading an independent junior research group for aperiod of six years.

Dr Kathryn Kreckel is the first female Emmy Noether Research Group leader at the Centre for Astronomy of Heidelberg University.