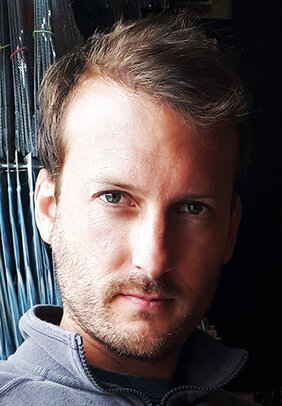 Dr. Dylan Nelson, Emmy Noether research group leader at ZAH/ITA, is one of 13 scientists from Heidelberg University who are represented in the recently published list of "Highly Cited Researchers" and the only natural scientist besides the 12 named physicians.

The international evaluation "Highly Cited Researchers" names researchers whose publications have been cited most frequently in their respective fields worldwide or have achieved outstanding publication performance across several disciplines.

For Germany, a total of 15 researchers is listed in the "Space Science" section, including Dylan Nelson.

Dylan Nelson currently is Emmy Noether Research Group Leader at the Institute for Theoretical Astrophysics (ITA) at the Center for Astronomy of Heidelberg University (ITA/ZAH).

Previously he was a postdoctoral fellow at the Max Planck Institute for Astrophysics (MPA) in Munich, Germany. He completed his PhD in astrophysics at the Center for Astronomy (CfA) at Harvard University, working with Lars Hernquist. His research focus is developing and analyzing theoretical (computational) models of galaxy formation and evolution, with an emphasis on cosmic gas: cosmological gas accretion, the circumgalactic medium, the baryon cycle, and energetic feedback processes.

He studies these problems through numerical simulations run with AREPO, a finite volume hydrodynamics code based on a moving unstructured mesh. He ia a leader of the IllustrisTNG Project, and Co-PI of TNG50: next-generation large-volume cosmological magnetohydrodynamical simulations of galaxy and large-scale structure formation. He also worked on the Illustris Simulation, the predecessor of TNG.

We congratulate Dylan on his scientific achievements!